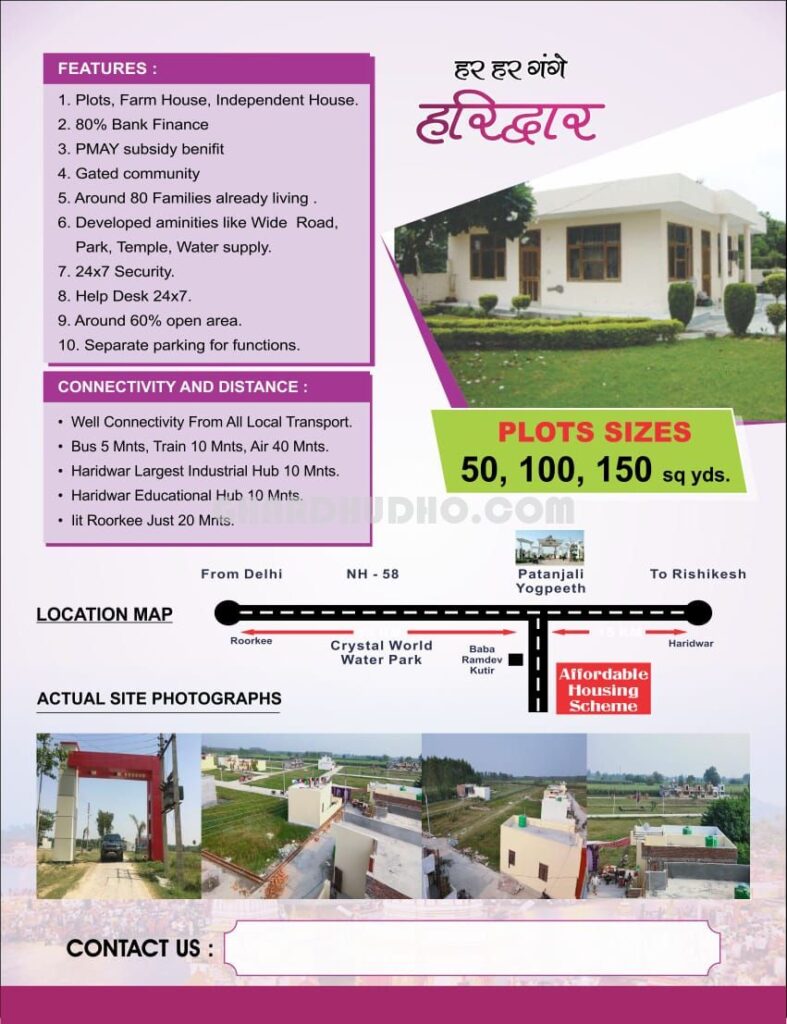 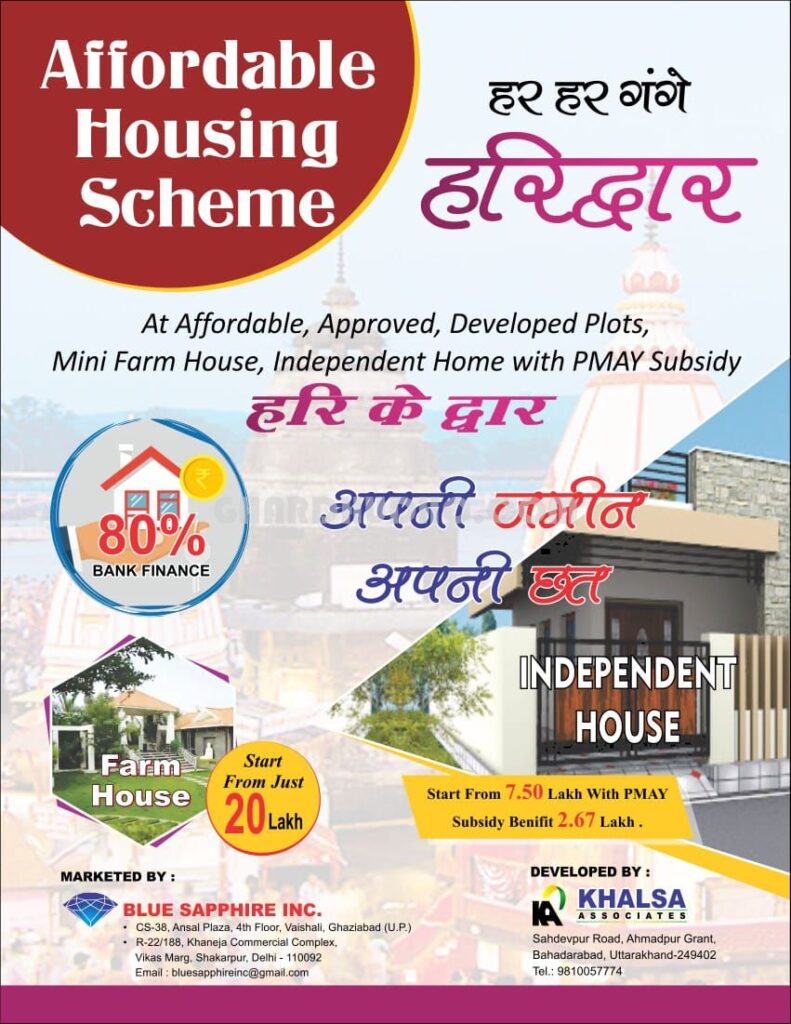 Haridwar district, covering an area of about 2360 sq.km. is in the western part of Uttarakhand state of India. It’s latitude and longitude are 29.58 degree north and 78.13 degree east respectively. The height from the sea level is 249.7 mts. The district came into existence on 28th Dec. 1988. Prior to its inclusion in the newly created state of Uttarakhand, this district was a part of Saharanpur Divisional Commissionary. The district is ringed by Saharanpur in the west, Dehradun in the north and east, Pauri Garhwal in the east, Muzzaffar Nagar and Bijnor in the south. The district headquarter is situated in the Roshnabad, at a distance of about 12 kms from railway station. The Collectorate, Vikas Bhawan, District Judiciary, S.S.P. Office, Police line, District Jail, District sports stadium, Jawahar Navodaya Vidyalaya etc. are the prime establishments of this area. The district is administratively subdivided into four tehsils i.e. Haridwar, Roorkee , Laksar, Bhagwanpur and six development blocks i.e. Bhagwanpur, Roorkee, Narsan, Bahadrabad, Laksar and Khanpur. Haridwar is one of the first towns where Ganga emerges from the mountains to touch the planes. As per the 2011 census, the population of the district is 18,90,422. Due to Haridwar’s location on the bank of river Ganga, it has plenty of water resources and almost all kind of food grains are produced here in abundance. 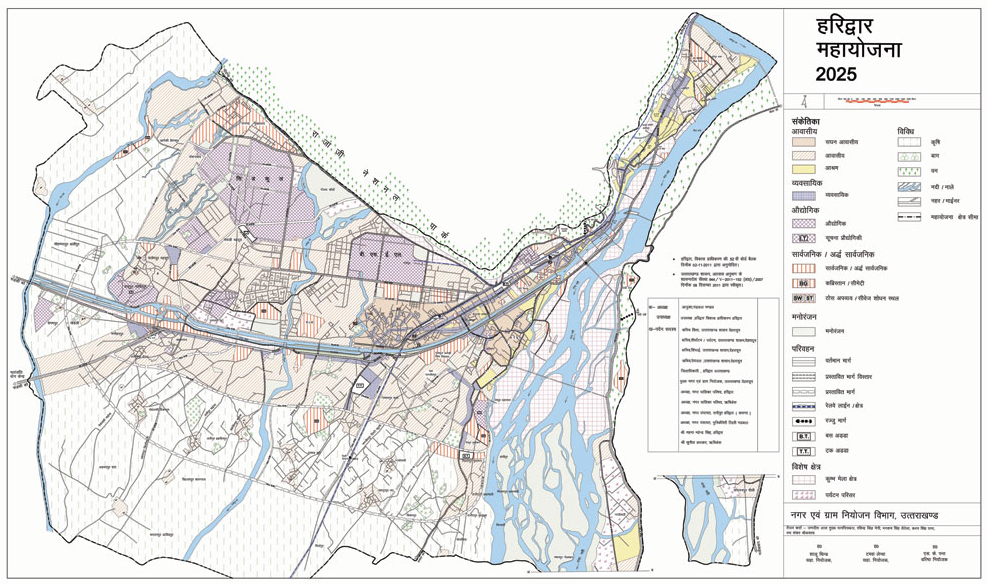 Plots in Uttarakhand for Sale

Reply to the listing